The 2019 Opening College Mass on Friday 8 February 2019 was an historic occasion for Our Lady of Mercy College Parramatta, marking the official launch of the College’s 130th anniversary year.

Over 100 Mercy Girls participated as servers, musicians or readers at this special Mass celebrated by Father Walter Fogarty, College Chaplain, in the Ailsa Mackinnon Community Centre.

The community was invited to reflect on the nominated Mercy Value for the year, Service, and to consider how this relates to the Year 12 theme of ‘be the unseen hero in 1-3-0.’

The College community was privileged to be joined by special guests including former College Principals Sister Janet Woods (1978-1989), Sister Ailsa Mackinnon (1990-2004) and Mrs Kitty Guerin (2004-2013) as well as many other Sisters of Mercy. Federal Member for Parramatta Julie Owens and State MP Geoff Lee were also in attendance as well as members of the College Board and Parents and Friends Association.

In his Principal’s Address, Stephen Walsh spoke about the tremendous growth of OLMC over the past 130 years: “In the Gospel of Matthew, Jesus speaks to us saying that the kingdom of heaven is like a mustard seed, which a man took and planted in his field. Though it is the smallest of all seeds, when it grows, it is the largest of garden plants and becomes a tree, so that the birds come and perch in its branches. How we have grown in 130 years to be a blossoming tree – a Mercy Tree – with our branches outstretched, touching the lives of so many as we educate young women of greater western Sydney.”

“It is fitting for us, in 2019, to acknowledge the dedication and service of the Pioneering Sisters, the many women who joined the Sisters of Mercy and, over more recent years, the many lay teachers and support staff, who have contributed to the growth and development of this wonderful school now known as Our Lady of Mercy College Parramatta. It’s a community that we can all be justly proud of and one we are all committed to serving on behalf of the Sisters of Mercy Parramatta,” said Principal Stephen Walsh.

Sister Mary-Louise Petro RSM, Congregation Leader of the Sisters of Mercy Parramatta, presented the College with a gift for our anniversary – a plaque displaying individual images of the founding Sisters. In her address, Sister Mary-Louise encouraged each community member to choose their ‘Spirit Sister,’ the founding Sister who particularly resonates with them and inspires them in their own way. 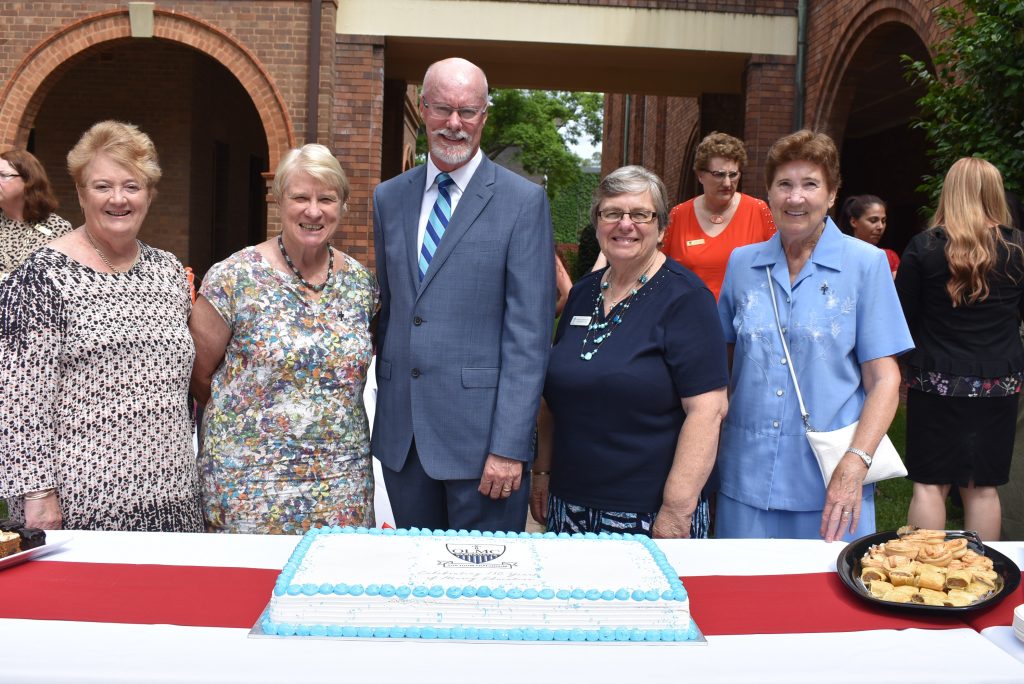