DAMASCUS STUDENT DEFIES THE ODDS AND PAYS IT FORWARD

Damascus Year 7 student, Eli Spielvogel has overcome significant adversity in his short 13 year life, and he now wants to pay it forward by shaving his head to raise money for the leukaemia foundation.

Eli said that he knows first-hand what it is like to be a sick kid, so he wants to raise money to support other sick kids like him.

“My other reason for shaving my head is that I want a child with no hair to benefit and gain confidence from receiving my hair,” Eli said.

Eli was born with a heart murmur, and one-week post birth he was rushed to the Royal Children’s Hospital where his mum and dad, Adam and Naomi, were told that it was unlikely he would survive the trip.

Eli was diagnosed with multiple heart defects, including atrial septum and ventricular septal defects, which in layman’s terms means multiple holes in his heart and a blocked aorta. His aorta was repaired at nine days old and six months later he had open heart surgery to repair the holes in his heart. 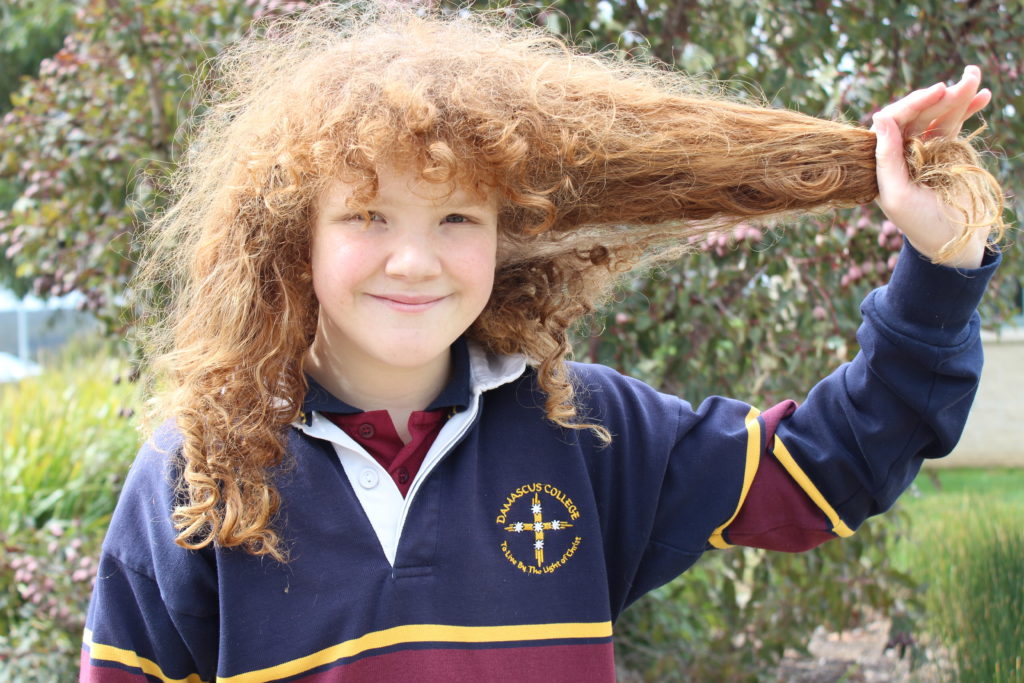 Eli’s dad Adam said that after surgery there was no sinus rhythm so a temporary pacemaker was installed with the hope his own heartbeat would return, however it did not return so the pacemaker was made permanent.

At age eight, Eli’s heart miraculously regained its own heartbeat, so fortunately his pacemaker was able to be removed, but he still had a leaky valve in his heart which is monitored by the Royal Children’s Hospital every six months, for the rest of his life.

Since then, his life has progressed normally as a young person, where he went on to attend St James Primary School and overcame some social issues, but thankfully had no health issues during this period.

“Eli will likely need medical intervention at some stage of his life. Given he has had dozens of chest x-rays there is a greater chance of him developing complications due to repeated radiation exposure from a very young age,” said Adam.

After so many hospital visits, tests and surgeries at such a young age, Eli has defied the odds and is now really enjoying his first year at Damascus. His favorite subject is Maths and he loves being a part of the Minecraft Club, an extra-curricular opportunity at the College.

Eli now dreams of becoming an airline pilot and currently has flying lessons which he absolutely loves. He plans to obtain his private pilot’s licence on his 15th birthday, which is the youngest day he is allowed to fly solo.