Year 10 student Ben Wright has recently been awarded the Premier’s Spirit of ANZAC Prize, from a field of more than 400 applicants, from around Victoria.

Ben recently received the prize from the Minister for Veteran Affairs, at the award ceremony on Thursday 14th February, at the Park Hyatt Melbourne.

This prize was open to Year 9 and 10 students currently enrolled in a Victorian school, where students were required to submit an entry that addressed one of the three topics, selected from WW1, WWII, the Vietnam War or more recent conflicts.

As part of the application process, Ben had to attend a group interview in Melbourne at the Shrine of Remembrance.  Ben chose topic one “Explore or represent the perspectives and experiences of Australians in war,” where he prepared a report in diary format on the lesser known war location of Mesopotamia (now Iraq).

Ben said that one of his passions is flying, and that he was delighted to find that the Australian involvement in Mesopotamia in the Great War was exclusively aeronautical.

“One of the key factors I wanted to show in my entry was the perspectives of people who were in combat and how their attitudes towards war and what they were doing changed as time progressed.  To convey this, I created five diary entries to provide a realistic view of a pilot in Mesopotamia. I chose the diary format so I could get inside the head of my character and his attitude towards the war,” he said.

During his research, Ben visited the RAAF Base Williams at Point Cook in Melbourne, which is an extensive museum with lots of information and artefacts as well as many full-sized aeroplanes.

“The main point of my entry is to alert people to the fact that during the First World War, Gallipoli and the Western Front were not the only places where Australians fought and died, and that the war was just as bad in those other theatres. I feel as though Mesopotamia is somewhat forgotten in the shadow of Gallipoli and the Western Front and I hope that my work will remind readers that the ‘Spirit of Anzac’ is found just as much in distant lands as in better known places.”

Brendan Bawden, Damascus College teacher, has also been chosen to go on this trip, as he is one of three chosen teacher chaperones.

The group will depart for Vietnam and Singapore on Sunday 7th April, returning Wednesday 17th April.  The prize includes accommodation, food, flights, meaning Ben will only need to pay for his spending money. 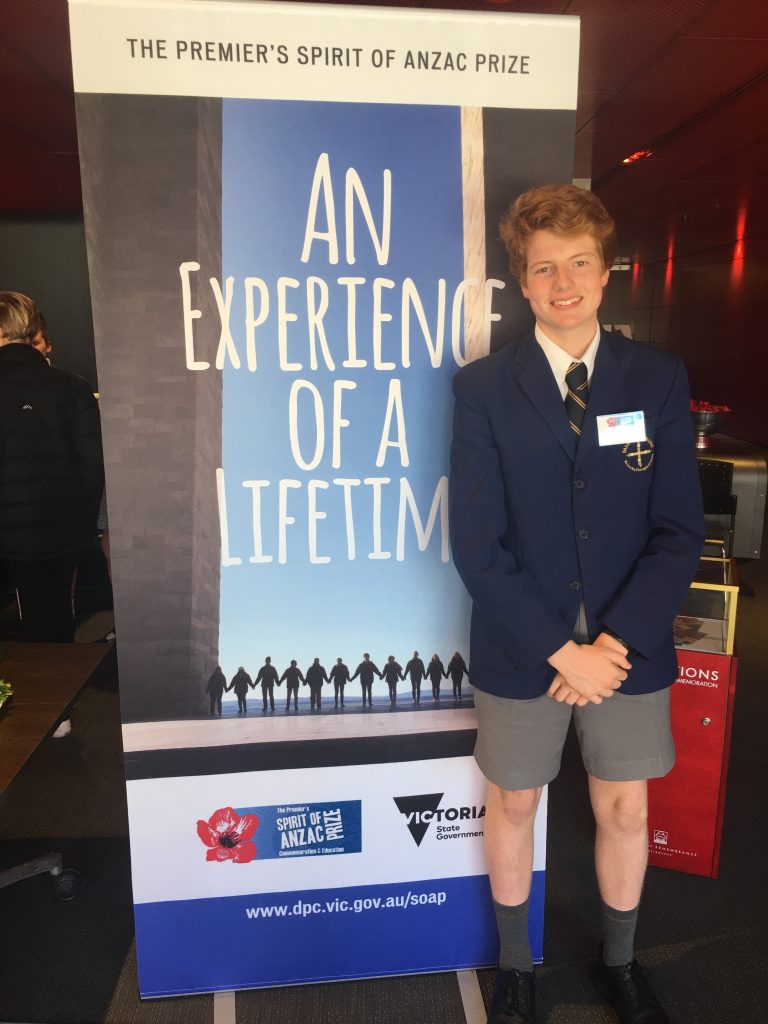