The 2019 Australasian Mercy Education Conference, Speaking the Silence (8-10 August) joyfully opened in Sydney last Thursday at host school, Monte Sant’ Angelo Mercy College, North Sydney. Bishop Vincent Long (Parramatta) reflected in the Conference opening Eucharistic celebration: “The Mercy legacy is entrusted to us that we may make it grow and spread, not through the old paradigm of power and conquest but through prophetic witness and critical agency.” 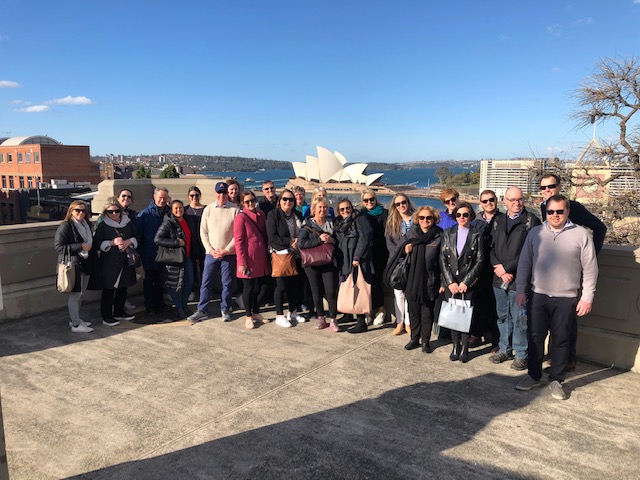 More than 250 delegates and guests gathered over the course of the three days from a wide range of Mercy secondary schools and settings in Australia, New Zealand, Papua New Guinea, Philippines, United States and South Africa. Here, they considered the identity of a Mercy school, in light of the theme Speaking the Silence, and the prevailing context of what Bishop Vincent identified as, “the darkness of despair and alienation that many people experience, especially in the Church at this time”.

Speaking of the legacy of prophetic Mercy women, such as Mercy’s founder, Catherine McAuley; Bishop Vincent set the tone for the three days of deliberations: “The boundary-breaking spirit of Jesus spurs them on, to go against the prevalent culture. When the prevalent culture (often legitimated by dominant religious systems) treated poor women and children with disdain, prophetic women embraced them; when it rejected certain groups of people like Jews, blacks, LGBTIs, prophetic women reverenced their dignity. Like them and the prophets of old, we too must reframe the harsh reality around us into a hopeful future to unfold.”

Conference keynote speakers, Sister Angela Reed RSM (Mercy Global Action Coordinator, United Nations), Mary McAleese (Former President of Ireland) and Phil Glendenning AM (President, Refugee Council of Australia and Director, Edmund Rice Foundation), challenged the conference-goers to recognise in Mercy Education the capacity to undertake such reframing and boundary-breaking. Mary McAleese, spoke of “the confident voice that comes from education to interrogate the structures around us”, urging us to be hope-filled, graced by sacred silence, to hear the silent cry of the poor and of the earth, and to ‘crowbar’, by faith and intellect, a new space for the silenced to speak for themselves. 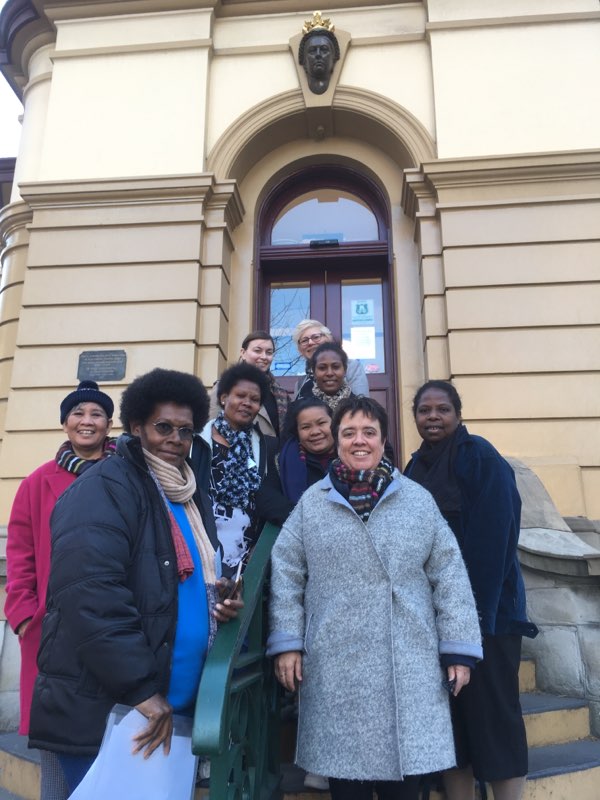 A wide variety of adjunct speakers, practitioner workshops and excursion offerings, further reflected on the broad resonance of the Conference theme, Speaking the Silence, for developing student voice and hope in the world, remaining attuned to advocate for the many who remain silent and silenced in our classrooms, communities and prevailing cultural contexts.

The Conference was bracketed by the remarkable voice of an advocate for survivors of human trafficking. She spoke of her own story of resilience and survival, being silenced by domestic abuse, lack of educational opportunity, poverty, abandonment and sex slavery. Her presence and testimony gave memorable witness to the broader understanding that, as keynote Angela Reed RSM stated, “If these conditions – like an adequate standard of living, quality education, safety, gender equality – were in place for many girls and young women, then the vulnerability to trafficking would be reduced significantly.”

The three-day gathering of Speaking the Silence powerfully demonstrated the capacity within Mercy education for both students and staff to be bold bearers of hope; empowered by faith to be advocates, local actors and collaborators for the upholding of the human dignity of all.

As the Conference closed, one delegate’s summary captured the sentiment of many: “It was quite, quite extraordinary …restorative, daring, rich and inspiring.”

Head of Formation and Liturgy

Teacher of Studies of Religion and Teacher of English